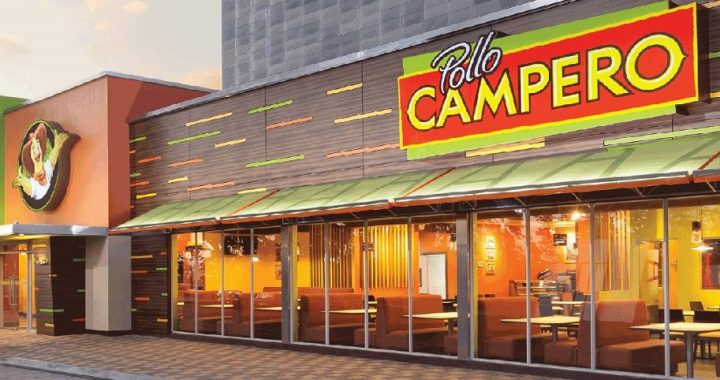 The year 2011 was a season of great achievements for the mega company of Guatemalan origin, <strong>Corporación Multi Inversiones</strong>, as it made a deployment in the hydroelectric, milling and gastronomic sectors.

All this because, in the words of the president <strong>Juan Luis Bosch</strong>, the corporation invested close to US$175</strong> million mainly for the expansion of operations and maintenance of operating capacity.

The first of the achievements derived from the investment, highlights also president Juan José Gutiérrez, was the expansion of the milling operation in <strong>Dominican Republic</strong>, which allowed to increase exports to Haiti and Puerto Rico. </strong>

This is because the milling operations were now run through a logistics and distribution systems automation program, which has allowed <strong>the company to better understand customers and get closer to their needs.

Another strong achievement of the group was energy, said <strong>Juan Luis Bosch.</strong> By investing in this field, it was able to increase energy generation and, what is more impressive is that this energy is produced from renewable and non-polluting sources.

As a result, the Energy unit has had a great performance, as it now concludes projects in a faster and more efficient way. In addition, one of the greatest benefits of this plant is that it has changed the way energy is produced in Guatemala, reducing dependence on oil.

The last but not least achievement mentioned was the expansion of the <strong>”<a href=”https://twitter.com/CamperoGT?ref_src=twsrc%5Egoogle%7Ctwcamp%5Eserp%7Ctwgr%5Eauthor”>Pollo Campero</a>” chain:</strong> there was an expansion of the company’s restaurants both locally and internationally.

This has made <strong>CMI</strong> a leading company in Central America. At the international level, the company has opened restaurants in Houston, and plans to expand to several cities in the United States.

Likewise, there are plans to expand in Europe, and a first restaurant has already been opened in Italy. All this has had very good results for the company, according to Juan José Gutiérrez.

All these achievements have been possible not only because of the implementation of great technologies, but, according to <strong>Juan José Gutiérrez</strong>, because of the values and commitment of the people who are part of the company.

In other words, all the technological and administrative implementations carried out by the company have been successful because of the great organization and dedication of each of the members.

<strong>Corporaciones Multi Inversiones</strong> is a mega corporation congruent with its values and principles, because thanks to them, both employees and the thousands of people who consume our services have benefited both in Guatemala and the different countries in which we operate.

At this time when the whole world is going through such a delicate and extraordinary situation as the pandemic, the members, <a href=”https://antoniobosch.com/”>Felipe Antonio Bosch Gutiérrez</a>, Juan José Gutiérrez Mayorga and Juan Luis Bosch Gutiérrez, are putting them into practice more than ever, because with them we all benefit.

As we have made known before, we have different values and principles, in order to offer our workers and clients services of absolute quality.

One of the values that we always implement because it distinguishes and guides us, and that is now the most important due to the circumstances, is responsibility.

The reason is that responsibility means to answer, to respond to the call of another, as well as it has to do with assuming the consequences of our decisions and actions.

In other words, in Multi Inversiones Corporations, we take responsibility for the welfare of our workers and clients, because we respond to the call made to us by their needs in this extraordinary situation, which is based on a call for extreme personal and health care.

The way in which we respond is by raising awareness of the measures to be taken and taking precautions in the work areas through digital tools.

Another of the values and principles that we are proud of at MuIti Inversiones Corporations is the value of work safety, which is closely linked to the value of responsibility.

This value is of extreme importance, as keeping our employees safe shows that they are part of a corporation that is like their second home.

The way in which we implement this value is by offering a safe working environment, and we do this by implementing and adopting the necessary measures to avoid or reduce occupational hazards in the company’s operations.

In this way, we promote a healthy and safe environment for our employees. So, in this contingency situation we have emphasized this value.

In conclusion, our mission is that the people and employees of the countries where we operate continue to have access to the services we offer without putting their health and well-being at risk.

In this sense, one of our main objectives is to transform the business in a way that benefits everyone.